Mortgage insurance regulation changes announced last October are having a huge impact on Genworth Canada – one of two private mortgage insurers who compete with the government’s own CMHC (Canada Mortgage and Housing Corporation).

Genworth MI Canada Inc. reported the total value of new insurance it provided in the second quarter of 2017 was down 81 per cent to $6.1-billion – down significantly from $31.7-billion in the same period last year.

The mortgage and real estate industries overall have been hit hard by new Federal mortgage rules introduced in October 2016 to cool the rapid growth in some housing markets. Among the changes, the federal government announced it would no longer back mortgages that met certain criteria such as: investment properties, mortgages over $1 million, amortization periods over 25 years and applicants with a credit score below 600.

This means that a lender offering one of those mortgages with less than 80% LTV (Loan to Value) could not get it backed by the government – home purchases with 81-95% LTV were fine because the buyer was paying for the insurance through CMHC, Genworth or Canada Guaranty. Many lenders were buying this insurance and bundling up the mortgages and selling them as a government backed investment. Now lenders looking to offer mortgages over 25 years, rental purchases and over $1 million now need to hold the mortgage on their balance sheet, which significantly limits the amount they can lend out.

“There has been much change over the past 12 to 18 months and the impact continues to unfold,” Chief executive officer Stuart Levings recently said.

For more information on how the mortgage and real estate industries are adapting and how I can help you as an educated mortgage advisor contact me at 905.903.4799 or SWhite@MortgageAlliance.com 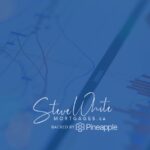 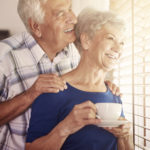 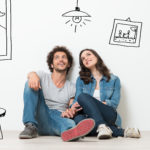